Will the pandemic lead to an alcoholism epidemic? 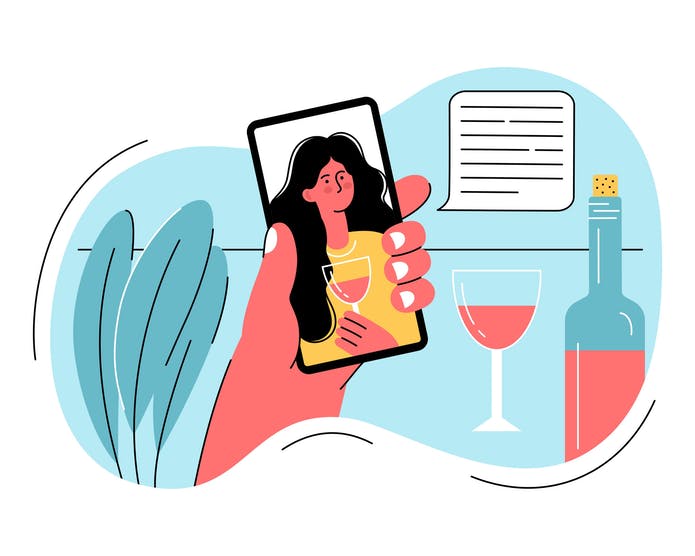 The boredom of staying home and the intense anxiety produced by the pandemic has caused a spike in alcohol sales and Twitter jokes about drinking before noon.

Addiction experts say they are worried it also could trigger more serious drinking problems and even create new ones for people who have never struggled with alcohol dependency before.

“I expect we’re going to see pretty significant increases in what I call unhealthy alcohol use, which means drinking above recommended limits,” said Dr. Sarah Wakeman, an addiction medicine doctor at Massachusetts General Hospital in Boston.

Before the pandemic, Mhairi McFarlane, a novelist in Nottingham, England, had been thinking of cutting back. But the first week she was in quarantine, she said, she was “cheerfully” having three or four drinks a night, usually gin and tonics or “very cold bottles of cava.”

“It was very much not my style of drinking,” she said. “I’ve always associated drink with going out and being social. I was never really one for opening a bottle of wine in front of the television.”

She woke up one Thursday with a headache and a sense that her body was unhappy with what she was doing. Worried that things were getting out of control, she hasn’t had a drink since.

“My brother said of all the shocks of 2020, ‘none have been as great as you becoming the poster girl for sobriety,’ ” McFarlane said.

Kelly Rubinsohn, an opera singer in Philadelphia who has a day job as an office manager at an architectural firm, lost both gigs when the quarantine started. Drinking has been a salve during a difficult time, she said.

“There is literally nothing else to control,” she said. “I can at least make a cocktail.”

Liquor store sales have jumped 55% compared with last year. But it is unclear if Americans are consuming more alcohol or if the increase is the result of people simply replacing the drinking they normally do at bars and restaurants.

Still, addiction specialists say they are watching carefully to see how isolation will affect drinking and drug use in general.

Historically, drinking and drug use rise when people experience wars, terrorist attacks or natural disasters, but those are typically localized events, said Adam Leventhal, director of the University of Southern California Institute for Addiction Science.

“A pandemic of this magnitude affecting the entire globe is something we’ve never encountered before,” he said. “Every person is being affected by it.”

A study published in April in the Asian Journal of Psychiatry showed a sharp increase among people in China, where the pandemic originated, who reported “harmful drinking” during isolation. People between the ages of 21 and 40 were particularly susceptible, the study found.

Harmful drinking is defined as drinking to excess in a way that leads to health problems. Alcohol dependency, or alcoholism, is characterized by cravings that are difficult to control and a preoccupation with alcohol that leads to continued drinking even when a person knows it will have negative consequences.

“Social isolation, limited interaction and financial distress are causing excessive stress, which has direct correlations with alcohol consumption,” said Md Zahir Ahmed, an author of the study, which showed that the rate of harmful drinking and dependence went up 6.7% during the lockdown in China.

The pandemic has reduced access to social support networks, while alcohol remains fairly easy to get. That combination means “there remains a threat to develop new substance-use disorders,” even among casual drinkers, Ahmed said.

People should not fret that they are addicted to alcohol because of a few nights of heavy drinking, Wakeman said. But at the same time, it’s not a good idea to shrug off a recycling bin full of empty bottles.

“Everyone is cutting themselves some slack because these are crazy times,” she said. “But the same way we do with food and exercise and concerns about obesity, we want to have some benchmarks for how to stay healthy.”

People should seek help if family and friends express concerns about their drinking, if they continue to want to drink even if it causes problems or if their drinking begins to get in the way of everyday responsibilities, like taking care of their children or working, Wakeman said.

Harm Reduction for Alcohol is a Facebook group that supports people who want to reduce how much they drink. The group’s founder, Kenneth Anderson, said he recently circulated a poll asking members about their drinking during the pandemic. Of the 187 who responded, more than half reported that they were drinking more than usual, he said.

“Most of our people are pretty aware of how much they’re drinking,” Anderson said. “They know they’re stressed. They know it’s a rough time.”

Andrew Beile, an out-of-work bartender in Liberty, Mo. said that while a bar will cut off a customer who has overindulged, a person drinking alone at home can lose track of how much they have consumed.

“When there is not a professional bartender pouring your drinks,” he said, “it’s very easy to overdo it very fast.”